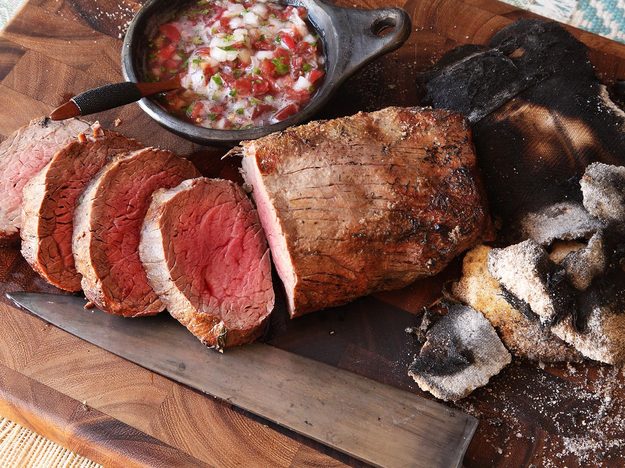 Literally translated as “beef tenderloin in a towel,” lomo al trapo is made by wrapping a big chunk of beef tenderloin in a thick crust of salt swaddled in a towel, tying it up, and throwing it directly on a fire until it’s cooked. It’s one of the easiest, most foolproof, primally delicious, and downright impressive methods of cooking beef I’ve ever seen. And it doesn’t require pots, pans, or even a grill. Get Recipe!

10 Things Your Mom Never Told You