Some Jerkoff Arrested in The O.C.

Orange County — the area that inspired the Mischa Barton TV series (clever celebrity tie-in) — is now the home to one of the most effed up stories we’ve come across all day … hope you’re not thirsty. 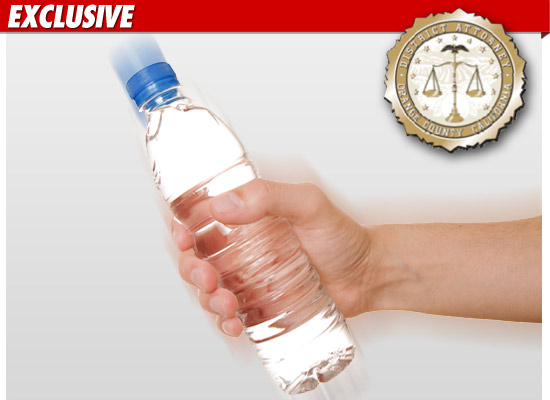 We just received a press release from the O.C. District Attorney … about a man who was just arrested “after ejaculating two times into female co-worker’s water bottle while at work.”

According to officials, the alleged wackjob waltzed into his co-worker’s office in January and flogged the dolphin into her water bottle … which she later unsuspectingly drank. Officials claim she threw the water bottle away after feeling “sick and irritated.”

Three months later, officials say the alleged victim and the suspect were both transferred to another branch … and dude pulled the schtick all over again and the lady drank the water … again. Only this time, when the woman felt sick … she saved the bottle and sent it to a private lab for testing.

According to officials, the tests confirmed “that the water bottle contained semen” … and investigators later connected the DNA to the suspect. The alleged wanker was arrested early this morning.

If convicted … dude could go behind bars, where he might get a taste of his own medicine.

Jim Jones – We Got That Gretzky