Yahoo CEO: ‘I want to apologize’ for resume ‘error’ 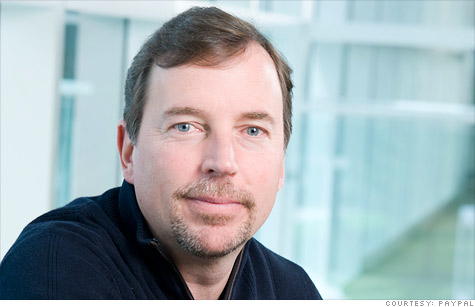 NEW YORK (CNNMoney) — Embattled Yahoo CEO Scott Thompson told company employees late Monday that he is sorry for the distraction his resume padding scandal has caused — without commenting on what role his own actions might have played in creating the drama.

“I want you to know how deeply I regret how this issue has affected the company and all of you,” Thompson said in a memo obtained by CNN. “We have all been working very hard to move the company forward, and this has had the opposite effect. For that, I take full responsibility, and I want to apologize to you.”

The scandal erupted late last week, when activist shareholder group Third Point first alleged that Thompson lied about his college degree. Thompson’s published bios have claimed that he holds a Bachelor’s degree in both accounting and computer science from Stonehill College, but his degree is actually only in accounting.

Yahoo (YHOO, Fortune 500) said that it had incorrectly stated Thompson’s academic credentials, claiming the mistake was an “inadvertent error.”

Thompson’s memo to Yahoo’s staff included no explanation for how the mistake happened. His apology was solely for the impact the scandal has had on the company, not for the act itself.

False statements about Thompson’s degree predate his tenure at Yahoo, which began in January. References to a “computer science” degree also appeared in his online biographical information on PayPal’s website when he was president of the eBay (EBAY, Fortune 500) subsidiary.

Thompson’s degree information is actually correct in eBay’s regulatory filings to the Securities and Exchange Commission and in the bio featured in filings for F5 (FFIV), where he serves as a director. In both cases, the companies state: “Mr. Thompson holds a B.S. in Accounting from Stonehill College,” with no reference to a computer science degree.
Related story: Résumé padding: inconsequential or inexcusable?

But the false statement about his degree appeared in Yahoo’s latest annual report filed to the SEC: “Mr. Thompson holds a Bachelor’s degree in accounting and computer science from Stonehill College.”

Critics like Third Point seized on that line and are demanding answers about how it made its way into Yahoo’s regulatory filings. CEOs are required to personally certify that their company’s statements are accurate.

The annual report Yahoo filed last month includes this line, directly above Scott Thompson’s signature: “This report does not contain any untrue statement of a material fact.”

Yahoo’s board is conducting an independent review of the false statement, and Thompson said on Monday he would cooperate fully with the review. The CEO urged a “prompt” conclusion to the probe.

A spokeswoman from Third Point wasn’t immediately available to comment on Thompson’s apology.

The investment group said earlier on Monday that it wasn’t satisfied with Yahoo’s review process. It sent Yahoo’s board a letter demanding that it be allowed to inspect books and records relating to Thompson’s hiring, and it urged the company to make details of the review public.

Yahoo’s board “will make an appropriate disclosure to shareholders” upon conclusion of its review, Yahoo said in a statement e-mailed statement to CNNMoney.

Meanwhile, Thompson said he would continue pushing forward on the company’s latest attempt to rebuild.

“I feel I owe it to all of you to make sure that nothing disrupts the progress we’ve made in just a few short months due to all of your focus, commitment, and hard work,” he said. “We have a lot of work to do. We need to continue to act as one team to fulfill the potential of this great company and keep moving forward. You have my word that all my energy and attention will be on that mission.”