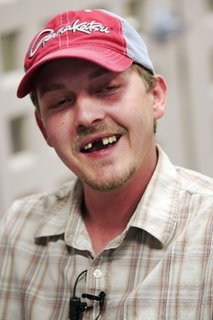 JEFFERSON CITY, Mo. – A Missouri man who won a $258 million Powerball jackpot and plans to use some of the money to pay bills, replace his two missing front teeth and take his children to Disney World said he hasn’t decided yet if he’ll quit his job at the convenience store where he bought the winning ticket.

Chris Shaw — a 29-year-old tattooed father of three who was raised by his grandparents in rural southern Missouri — came forward Thursday as the winner of the 10th-largest Powerball jackpot ever. Shaw said he had just $28.96 in his bank account and recently bought a 1998 Ford Ranger from a friend who agreed to let him pay off the $1,000 price $100 at a time. Now, he said, he no longer has to worry about how he’ll pay his friend — or his utility bills.

Bank of America sells $1.9B private equity to AXA