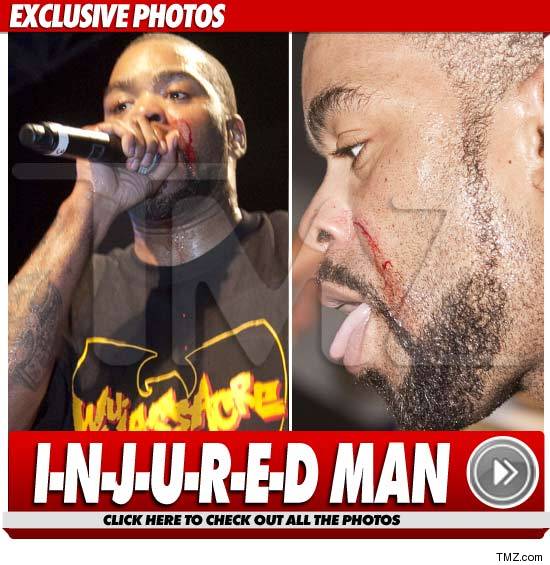 Tila Tequila wasn’t the only bloody victim of flying debris at the Gathering of the Juggalos over the weekend — Method Man was also attacked with a dangerous projectile … and TMZ has obtained the photos of his bloody face.

According to an eyewitness, Method Man and Redman were performing at the festival Sunday night when someone in the audience threw what looked like “a full beer can” at MM’s face — resulting in a pretty nasty eye wound.

In our video, shot moments after the incident, Redman throws expletives at the crowd before telling Method, “Your face is cut, go take care of that.”

But MM refuses to stop the show — bloody eye and all — and yells out, “Start the music we’re continuing the show, let’s f**k these motherf**kers up.”