Here are the 5 Things I Want You to Work On 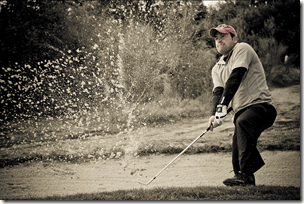 “You can do it all, just not at the same time”. — Stephen Covey

You can only work on so many things at once.

In Squirrels, Boats, and Thoroughbreds: Lessons for Leading Change in Traditional Businesses, Jamie Gerdsen shares a story about just that.

A friend of his had recently retired and decided to take up golf.

“He found a club pro he liked and had the pro critique his swing.  After a morning together, the pro told him, ‘Here are the five things I want you to work on with your swing.  Go play five rounds and come back and we’ll see how you’re doing.’

My friend was a little surprised that after an entire morning together, the pro only had five things to tell him.  So he questioned him about that.

The pro’s response was illuminating .  He told my friend there was a lot he could point out, but a golfer could only work on so many things at once.  If he told the golfer a whole bunch of things to fix, it was overwhelming, and nothing got accomplished.  He even had a term for it.  He called it over-coaching.”

Whether you’re coaching yourself, or coaching, managing, or leading others, less is often more.

21 Ways to Get Into the Holiday Spirit

If You Are Brave Enough To Say Goodbye…