HBO Show – How to Make It in America 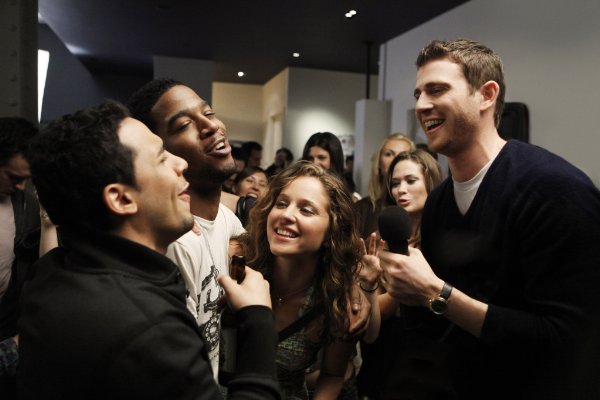 Attention all Entourage fans… while you are waiting for Entourage to come back or got tired of the rerun HBO is showing… There is a new show which I am really, really feeling. HBO’s How to Make It in America is a hit, to me at least!! (shouts to Big Riz for putting me onto this)

I haven’t been this way about a show since Weeds, Entourage, Sopranos and NipTuck. Each episode builds to the next so well. This show truly captures the essence of New York East Coast mentality. I am only 7 episodes into it and let me tell you – this is the show to watch!

This shows off the real hustle and grind to make it in the city that never sleeps. Friendship, love, lust, money, family, blood, sweat, tears and a dope soundtrack that makes every show worth watching! Check out their ultimate blog, at: http://howtomakeitinamerica.com/

HBO’s new series "How to Make It in America" comes from the same producing team as "Entourage" — but the thing you should know about it before anything else is that, aside from exploring the bond between guys and airing on HBO, it’s not a whole lot like "Entourage."

Whereas Vinny Chase and his boys made it to the top and never really fell that far from it, "How to Make It" is about what it’s like to be on the bottom of the heap and looking for a way up. "It’s a street-level show," is how creator Ian Edelman puts it. "It’s the beginning of a journey."

The show stars Bryan Greenberg ("October Road") and Victor Rasuk ("Stop-Loss," "Raising Victor Vargas") as Ben and Cam, long-time friends and would-be fashion moguls who have big ideas but less ability to execute them. The show follows their struggles to start a denim line — how they luck into the fabric is part of the story in Sunday’s (Feb. 14) premiere — and make their names in the business. Luis Guzman, Lake Bell, Eddie Kaye Thomas and Scott "Kid Cudi" Mescudi also star.

Here are four other things you should know going into the show.

Comedy with a side of drama. "How to Make It" has plenty of funny moments, but as with shows like "Hung," "Nurse Jackie" and "United States of Tara," it mixes in more dramatic material too ("HTMI" isn’t on those shows’ level yet, but its tone is similar). "It’s [about] a period in life where there’s a lot of hard work to be done and everything is — you’re figuring it out, there’s an existential window, and there are pressures, so some things hit harder than others," Edelman says. "… It’s just kind of a realism and authenticity of this moment that we’re going for."

Ensemble piece. Greenberg and Rasuk are definitely the center of the show, but the rest of the cast — particularly Guzman, who plays Cam’s ex-con uncle, and Bell, as Ben’s ex-girlfriend — have their own stories.

"Lake Bell has a much more significant role than what you see in the pilot," Greenberg says. "The audience can follow what it’s like to be a single girl in her 20s trying to make it as an interior designer, and also dealing with the aftermath of a breakup and running into your ex at different functions, dating a new guy, and just questioning her career choice and life in the city. Eddie Kaye Thomas [as a high-school buddy of Ben’s who’s now a Wall Street big shot] is really funny. And Luis … we end up borrowing money from him, and there are consequences that come from borrowing money from him."

Chemistry experiment. Despite that, though, the show wouldn’t work if Greenberg and Rasuk didn’t spark together, and they really do. Rasuk has infectious energy, and Cam serves as a great counterpoint to Greenberg’s more serious Ben. "When Bryan and Victor first met each other, we couldn’t have been happier," Edelman says. "It was like instant chemistry. Victor is from the Lower East Side" — much of the show is set in Lower Manhattan and Brooklyn — "and Bryan has spent so much time living there. … They were like instant friends — you could feel their back story. It was like a chemical thing; we couldn’t plan for it. We were fantastically lucky."

Will they make it? Not right away ("It’s not called ‘Made It in America,’" Greenberg jokes). Edelman says the show is about "baby steps," the little victories and setbacks on the road to achieving a dream. "We don’t want to slow the storytelling down too much [but we want to] find the joys along the way," he adds. "But it’s a nonstop hustle and a nonstop grind. You take a step forward, and it’s three steps back. They’re kind of figuring it out."