Classic Drinks: The Old Pal and a New Friend 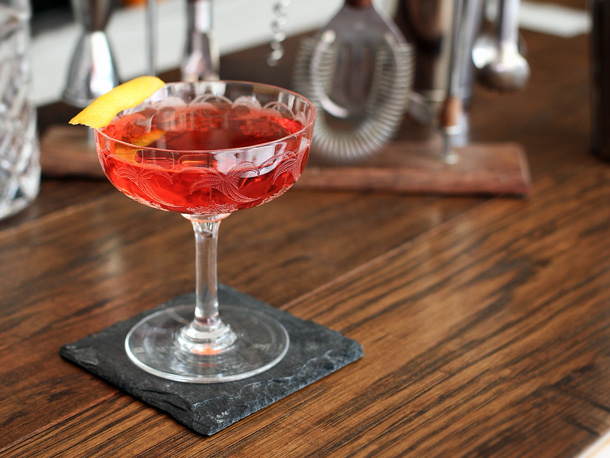 Often overshadowed by its more popular brother, the Boulevardier, this simple cocktail featuring whiskey, Campari, and dry vermouth is worth getting to know a little better.

Harry MacElhone is credited as the first to publish the Old Pal. Born in Ireland, but tending bar in New York, Harry returned to Europe when the war broke out. In 1922, he started working at the New York Bar in Paris, and within a year he had taken over and changed the name to Harry’s New York Bar. Throughout the years, Harry played host to a number of famous guests, including Ernest Hemingway and Coco Chanel.

MacElhone also wrote two popular cocktail books. The first, Harry’s ABC of Mixing Cocktails, was published in 1919 and was revised annually for a number of years. It’s actually still in print. Many attribute the first appearance of Old Pal to the 1922 edition of this book. But I’m not so sure.

The 2011 edition on my shelf does indeed include the Old Pal, with the recipe calling for equal parts Canadian whisky, Campari and dry vermouth. The book credits the drink to a sports writer by the name of “Sparrow” Robinson, a man who was known to call even those he’d just met, “old pal”.

Only one problem: the book dates the drink to 1929, and the introduction by Harry’s great-grandson, Franz-Arthur MacElhone, claims that Sparrow first came to Harry’s bar in 1925. 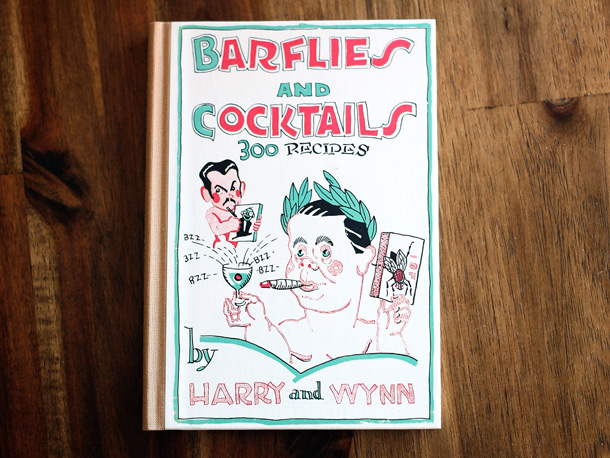 Barflies and Cocktails, reprint of 1927 edition

The Old Pal comes up in Harry MacElhone’s next book, Barflies and Cocktails, published in 1927. While not among the main recipes, our pal can be found in the ‘Cocktails Round Town’ section in the back. Written by MacElhone’s friend, a publisher by the name of Arthur Moss, this epilogue features recipes from some of the bar’s most notable patrons (and also includes what is believed to be the first mention of the Boulevardier). In it Moss states:

I remember way back in 1878, on the 30th of February to be exact, when the Writer was discussing this subject with my old pal “Sparrow” Robertson and he said to yours truly, “get away with that stuff, my old pal, here’s the drink I invented when I fired the pistol the first time at the old Powderhall foot races and you can’t go wrong if you put a bet down on 1/3 Canadian Club, 1/3 Eyetalian Vermouth, and 1/3 Campari,” and then he told the Writer that he would dedicate this cocktail to me and call it, My Old Pal.”

After exhaustively searching for copies of the 1922 edition of Harry’s ABC and even awkwardly trying to get in touch with Isabelle MacElhone, current owner of Harry’s Bar, I was left scratching my head. Lucky for me, cocktail historian David Wondrich came to the rescue.

Wondrich just happens to own both the 1919 and 1929 editions of Harry’s ABC of Mixing Cocktails and confirms that while not in the 1919 edition, Old Pal is definitely in the 1929 edition, and it calls for dry, not Italian sweet vermouth.

During our exchange, Wondrich also brought up an important point in dating this drink. The main portion of the 1927 edition of Barflies and Cocktails was an exact reprint of the then-current edition of Harry’s ABC. Since Old Pal was only included in the appendix written by Arthur Moss, the drink couldn’t have been in the most recent edition of Harry’s ABC, which means it probably wasn’t in the 1922 edition.

It’s likely Old Pal first appeared in the appendix of Barflies and Cocktails in 1927. It’s possible that the ‘Eyetalian’ reference was a joke, but if not, this means that the original Old Pal was made with sweet, not dry vermouth. By 1929 the vermouth was swapped to the French style (dry) used in all subsequent recipes. And perhaps 1929 was the year Old Pal first appeared in Harry’s ABC.

So where the heck did 1922 come from anyway? It could be because many often mistakenly say that 1922 was the first edition of Harry’s ABC, since that was his first year at the bar in Paris. Perhaps readers of later editions were assuming that it had appeared in the first edition. And, as we all know, statements on the internet can spread like wildfire, whether they are true or not.

Whew, after all that, it’s time for a drink… 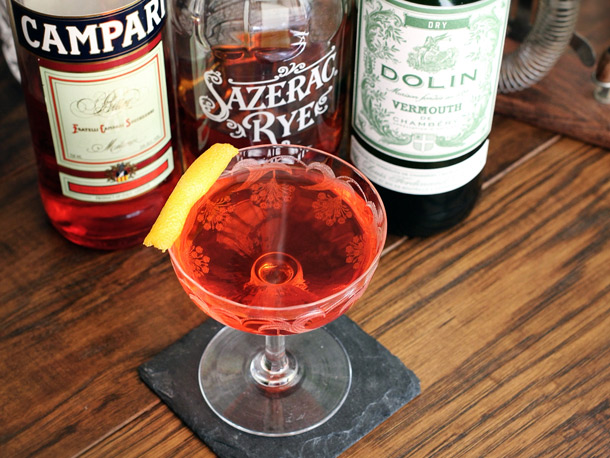 While Arthur Moss’s note in Barflies and Cocktails calls for Canadian Club in the Old Pal, most recipes surfacing after Prohibition ditch the Canadian whisky in favor of equal parts American rye, Campari, and dry vermouth. Compared to the Boulevardier, which uses bourbon and sweet vermouth, Old Pal is a bit drier and lighter, with a nice peppery spice from the rye.

It’s a magical drink, scented with lemon and full of bitter orange and quinine flavors. The dry vermouth helps lengthen the drink and tone down the more-dominant Campari and whiskey. One warning: if this is one of your first experiences with Campari, Old Pal may be a bit much for you.

Get the Old Pal recipe » 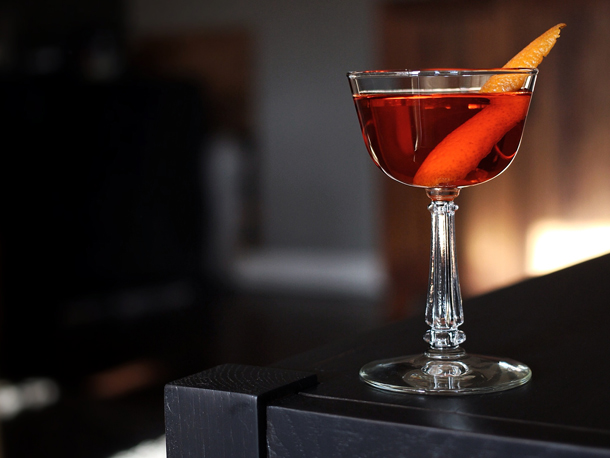 I’ll be honest: it took me a long time to “develop my palate” enough to appreciate the Old Pal. It’s also been hit or miss among friends as well, which left me wondering: How can I make something Old Pal-esque that might appeal to a broader audience?

Here’s what I came up with: Keep the rye, but use something lower proof like Old Overholt or Templeton (both are 80 proof). Swap in Campari’s kid brother, Aperol, and ditch the dry vermouth for delicious Cocchi Americano. I call this one New Friend because I’m sure you two will get along swimmingly.

This one still has scent of dry citrus and spice, but the total affect is a bit less intense. The Aperol brings juicy accents of orange and rhubarb, while the Cocchi Americano slips in to balance it all out and beef up the bitters section of this trio.

Get the New Friend recipe »

About the author: Nick Caruana is the author of The Straight Up, where he shares his love of classic and modern cocktails, including a slight obsession with whiskey, bitters and amari. Stalk him on Twitter @The_Straight_Up, Facebook, and other social media outlets.