Bartenders Only: The Most Secret Bar in Singapore

Densely packed cities love their hideaways. Because everyone needs an escape from the concrete jungle, right?

To the uninformed, Shinkansen in Singapore’s Raffles Place business district is merely a casual, daytime sushi restaurant. In March of this year, though, Shinkansen starting turning into a hidden, 25-seat bar, The Secret Mermaid, come nightfall. Kind of like how Mogwai turned into Gremlins if fed after midnight—but this transformation is one perfect for dedicated drinkers. 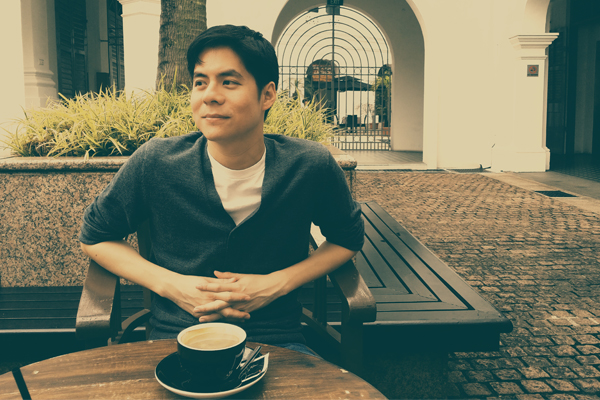 Howard Lo, the man behind the mermaid.

HOW THE MERMAID GOT HER TAIL

Howard Lo, The Secret Mermaid’s owner, chose the bar’s name because it reminded him of so many restaurants in his native country: places like New York City’s Mermaid Inn and Mermaid Tavern. The name is also an obvious nod to Shinkansen fish-centric cuisine.

The Secret Mermaid is located one level below the street, technically in the basement. It is accessible by a small black doorway in the Ocean Financial Centre’s walkway. There are no windows, but the space has ceiling panels to let shafts of light in. The bar’s owner, Howard Lo, debated using an open-bar format, but decided a little privacy would suit the after-work drinking crowd.

The double usage of the Shinkansen space was an easy decision for Lo. The area “is one of the most highly-trafficked walkways in Singapore because it links to the Singapore subway, the MRT,” he says. Lo equates the area to New York’s Wall Street, the business hub for finance workers.

The inspiration for the bar stemmed from places such as the Grand Central Oyster Bar in New York. He adds that the Mermaid is a “romantic destination for a salary man or woman heading home but stopping off for a Gin and Tonic as a way to take the edge off the day.” 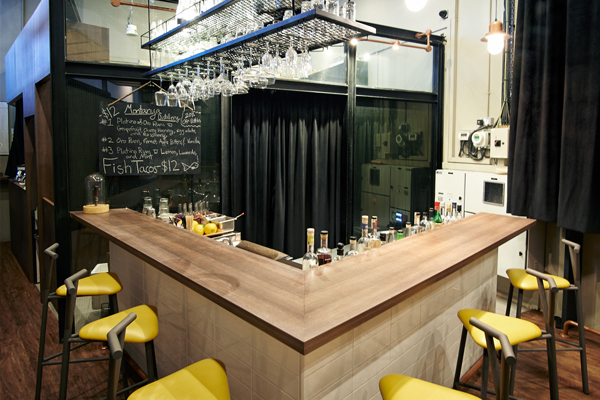 Sidle up to the bar and order a Salmon Bloody Mary, if you dare.

“We wanted a space that felt like a distillery tasting room and brought a new wrinkle to the Singapore bar scene,” says Lo, who was raised in California and Florida. But this is no single-focus tasting room: Secret Mermaid’s list showcases a range of American craft spirits.

The bar features what Lo says is the largest list of American craft spirits in Asia, with 72 brands from 21 states. The bottles are broken down by spirit categories as well as by the location where the distillery is based. The bar stocks its list through its own distribution and import arm, Liberty Spirits Asia, for which it acquired both a customs import license and liquor license.

Tasting flights are served either neat or on the rocks, explains Lo, and The Secret Mermaid also features a variety of Old Fashioneds and Gin and Tonics (using both Fever Tree and East Imperial Tonic and Soda Water).

Some of the bar’s most popular savory drinks reference Lo’s American background and include Midnight at Denny’s, made with raw egg and Bakon vodka; and the Salmon Bloody Mary, a mix of salmon vodka from Alaska Distillery, fresh tomato juice, gravlax, BBQ bitters and celery.