2011 Nissan Juke, time to turn heads in the crossover market 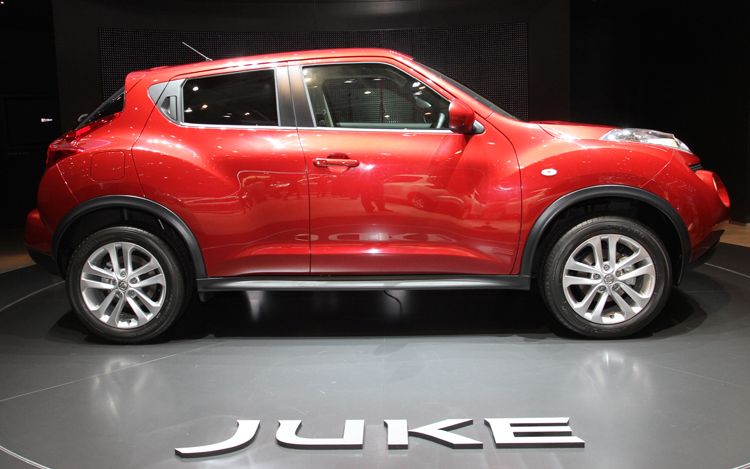 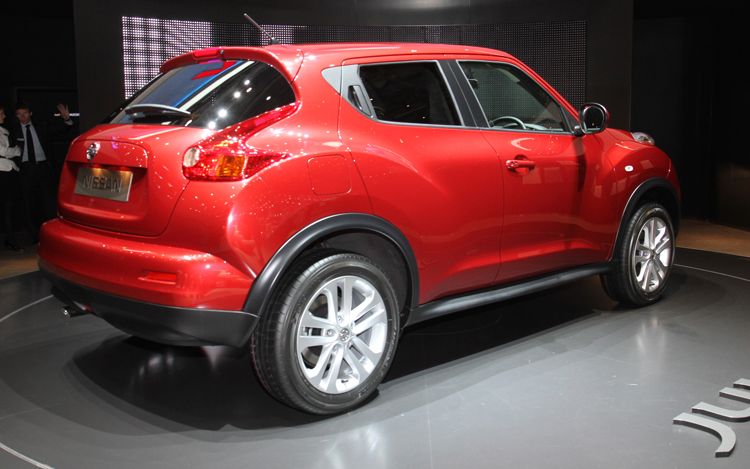 “There’s no doubt the Juke will turn heads and split public opinion at both the New York auto show and when it reaches American roads later this year — and that’s just what Nissan wants. Lending the most credence to the Juke’s sportiness is its drivetrain. A new 1.6-liter direct-injected and turbocharged four-cylinder makes its North American debut in the Juke producing “180-plus horsepower and 170-plus pound-feet of torque,” according to the automaker. We hope to have exact numbers closer to the Juke’s on-sale date. Regardless, the engine is mounted to Nissan’s Continuously Variable Transmission as standard equipment, though if you skip the S trim level and move up to the SV or SL trims, you can get a six-speed manual.
Built on Nissan’s Global B-Car Platform, the Juke will be among the smallest offerings in its segment. Despite that, it offers a high seating position for a commanding view of the road that’s so popular in SUVs and crossovers, along with seating for five. More importantly, the Juke’s key interior features have carried over to production. The motorcycle gas tank-inspired center console remains and is even painted, not just colored plastic. Above it, the Integrated Control System (I-CON) also remains. The system assigns two vastly different functions to the same controls depending on what mode you’re in. In climate mode, the controls adjust the temperature, fan and other settings. Click it over to drive mode (D-MODE) and the controls re-label themselves and now adjust the vehicle’s settings, allowing you to choose between Normal, Sport and Eco settings for the engine, CVT transmission and power steering.
To be class competitive, the Juke comes with a host of standard features. Steering wheel controls, Bluetooth, iPod connections, a six-speaker stereo and 60/40 flat-folding rear seats are all included. Key options include auto headlights, leather, navigation, a back-up camera, moon roof, heated seats, and an upgraded Rockford Fosgate stereo with a sub woofer and optional XM Satellite Radio and USB port. There’s no arguing that the Juke will be a very unique entry when it hits the market. The nothing-else-like-it style and compact size have the potential to be big selling points or major turn-offs depending on the buyer, but on paper, it’s a perfect fit. Though it would’ve been the smallest entry in our recent compact crossover comparison, the Juke has all the specifications necessary to run head-to-head with the pack. Does it deliver in the real world? We’ll have to get the gang together again and find out.”
@ http://www.automobilemag.com/features/news/1003_2011_nissan_juke/features.html
Mun’s Page Blogspot

Where is the Honda FC Sport